A small power producer needed to supply a nearby malting facility with its electricity and heating needs.

However, the power producer was struggling to do so due to unexpected downtime and poor material distribution due to the current conveyors at the facility. 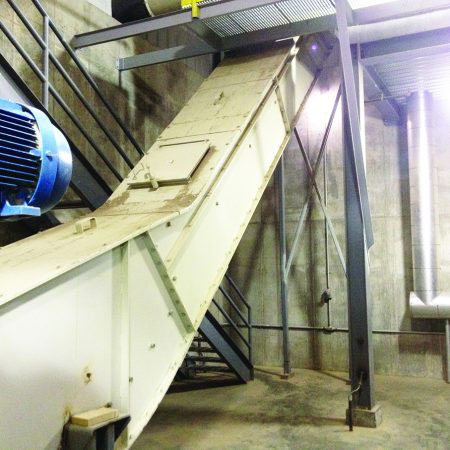 Material flow issues were due to the shortcomings of the layout and plant design. The original conveyor(s) were supposed to meter the material coming off the hopper. However it did not perform as expected. The inaccurate layout created a load on the conveyor that resulted in forces that were immeasurable and caused excessive stress on the drive, chain, and housing of the conveyor(s).

Inefficient unloading processes can add labor costs, maintenance costs, and production costs all while creating downtime and reducing output; such was the case for the power producer.

To skip ahead and read the entire case study, click here.

What is the solution, you ask? Well to redesign the material handling system. While this may sound like a large feat, the result would be a reduction of the total pieces of equipment, streamlined material flow, built-in redundancy, and improved safety and reliability.

An example of a newly reconfigured conveyor layout design would be an L-Path configuration. This design allows for a short horizontal section, +/- 20 feet, and relatively long incline section, +/- 120 feet at roughly a 40-degree incline to provide an 80’ of lift.

In the case of the power producer, this enhanced layout design along with an appropriate selection of the chain and flight assembly allowed them to effectively unload and evenly distribute the feedstock.

Learn more about how CDM can solve your feedstock challenges.