Prepaint Assemblies Can Have Major Influence Over Lower Warranty Claims 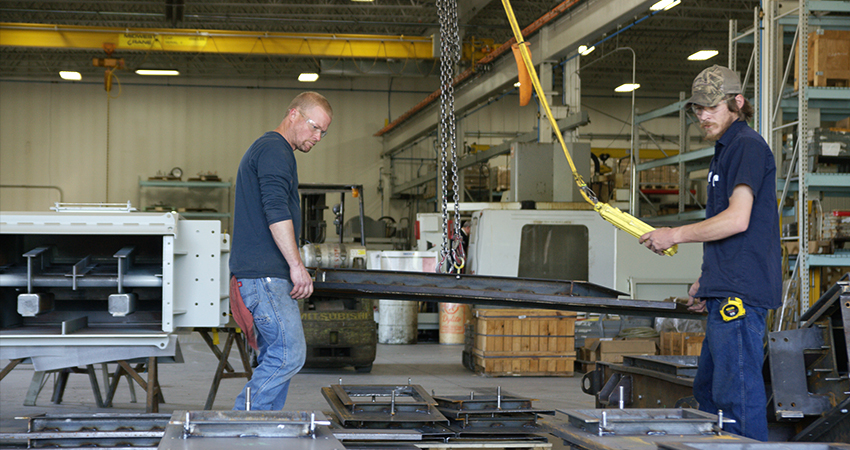 Warranty claims are headaches for everybody involved.

It can be frustrating to return a dish at a restaurant, so imagine getting faulty bulk material handling equipment you waited for months to be made. That’s why we’re so proud that over the past two decades, we’ve only had 0.53% warranty claims on the custom equipment we’ve made.

And the prepaint assembly hold point, as part of CDM’s standard QA/QC procedures, is a major reason behind that low number.

Before any piece of our equipment – whether it’s a screw conveyor, bucket elevator, drag chain conveyor, etc. – goes into the sandblasting and painting process, we do a prepaint assembly.

It can be a little tedious to assemble everything just to take it apart, but it’s a necessary evil. Mistakes happen and it’s better to catch them earlier in the process.

Maybe something wasn’t fixtured correctly, or maybe something got bumped. During the prepaint assembly is the time to catch it. Not when everything is painted or (worse) when it’s being installed in the field.  We’d much rather have that Oh, shucks moment earlier in the process.

During the fabrication process, each subassembly or subsection is match-marked – the trough side walls will be labeled, most of the time, with a letter welded into the equipment. For example, A-A go together. Essentially, it’s like putting together an Erector Set for grown-ups.

When that alignment occurs, we want to make sure it’s a smooth transition from the bottom, sides and return rails, elevations are all proper and equal, we check the inlet, discharge, support and lifting lug locations.

We fill out a non-conformity report form if we do find something wrong – it could be as small as a bolt hole being slightly off. We take immediate corrective action to make sure the error is remedied and then it’s reverified before being moved on to the paint process.

By fully assembling the conveyor before painting, those subassemblies have already been bolted tight and require minimal alignment and field adjustment at installation.

It’s never fun to find an error but catching it during the prepaint assembly is a much better time to find it – as opposed to finding an error in the field, where it will cost you 10x as much.